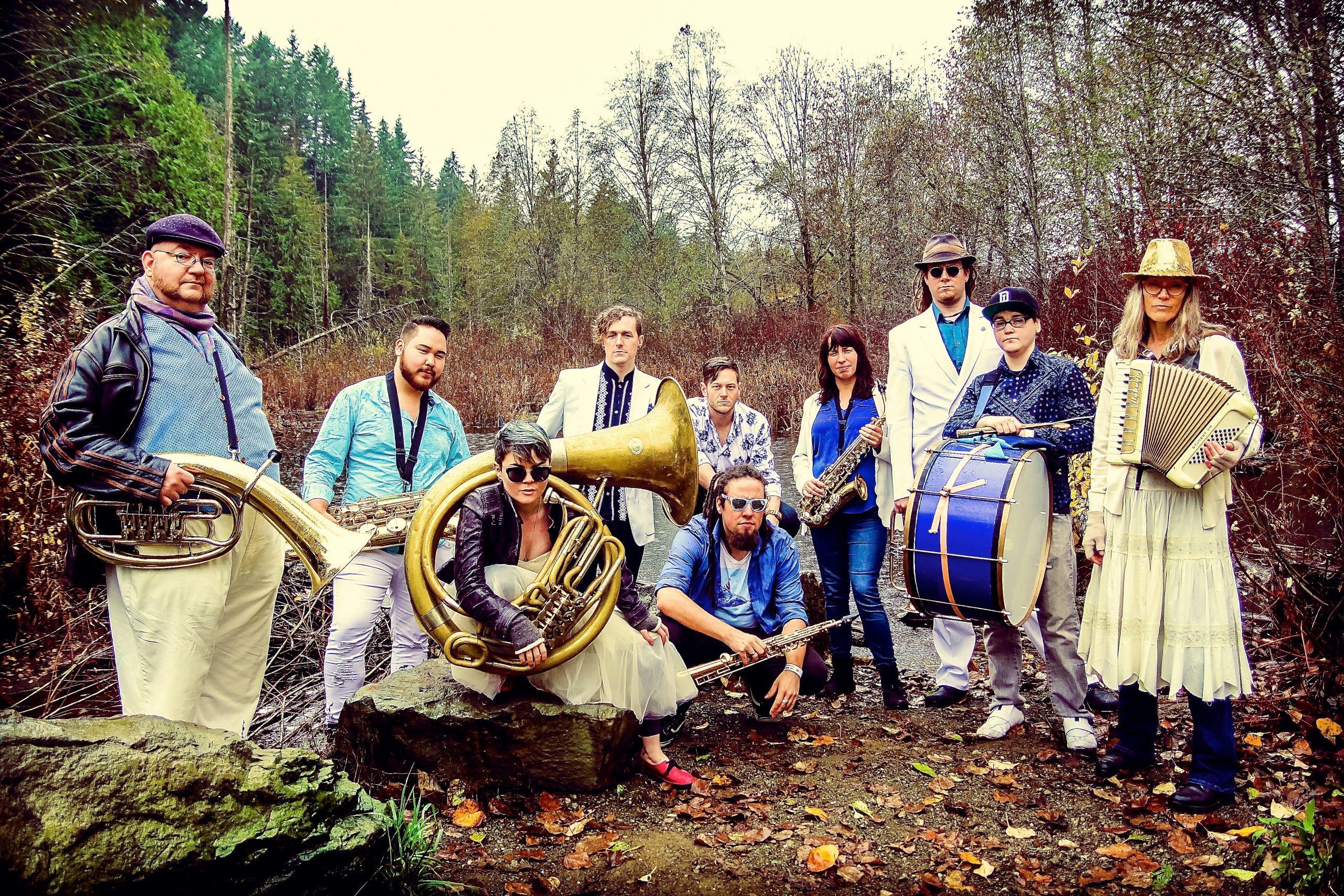 Pop-Up Market in the Park

Join us for this pop-up market in Gaston Park! Featured will be roving artists, and performances by The Carnival Band and Balkan Shmalkan.

The Carnival Band (6:00-6:55 pm) is a 20-piece brass band based out of Vancouver. They started in 1999 as a protest band, and have been supporting community events with their own original music ever since. Inspired by Brazilian Samba and New Orleans Jazz they create an inclusive upbeat atmosphere wherever they go. The best part is you’re already in the band; with their open-door policy, all are welcome to join in on workshops every Monday evening at Britannia Community Centre.

Balkan Shmalkan (6:55-7:50 pm) is East Vancouver’s premier dance party orchestra; think global music with local attitude. Their funky brass dance beats are rooted in the aural traditions of the Roma and Klezmorim of Eastern Europe and blended with a mixture of pop, funk, and jazz

Clara Rose is a performing artist with deep roots in the Renfrew-Collingwood community. Primarily a musician, Rose is a skilled violinist, vocalist and composer who finds inspiration in the vivid landscape of the unceded Tsleil-waututh, Musqueam, Squamish, and Stó:lō lands where she had the joy of growing up. Rose studied stilt dance, fire spinning and clowning through Ren-Col’s own Still Moon Arts Society and has performed at countless events in the community including The Renfrew Ravine Moon Festival and previous Collingwood Days!

Willoughby Arevalo has been active in the performing arts since his youth, engaging in diverse projects including music, theatre, dance, and circus. He currently is a percussionist with the Carnival Band and performs on stilts occasionally.

Ariel Amara is a multi-faceted performer, trained in clowning and a Certified Laughter Yoga Leader. Specializing in extreme tallness, elaborate costuming and engaging character, hoop dance and fire performance. She has performed and facilitated all around the globe.

Her primary goals in life are to delight peoples senses and inspire a twinkle in the eye ~ enticing childlike joy, mischief and more…

Join us for a movie in the park after the evening’s performances! Dora and the Lost City of Gold will screen at 8:00 pm.