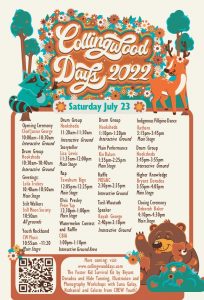 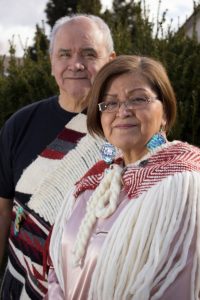 Chief Janice George graduated from Capilano University, North Vancouver BC, and the Institute of American Indian Arts, Santa Fe, NM, USA. She feels her education at these schools helped her excel as a teacher, adding to her most important traditional teachings. She is a hereditary chief, trained museum curator and educator. George also co-organized the 1st Canada Northwest Coast Weavers Gathering, with other Squamish Nation Weavers.  George and Joseph are from prominent Squamish families and have numerous ceremonial and cultural responsibilities in their community. Joseph is the former director of the Squamish Housing and Capital Projects and currently consults on capital projects for First Nations communities.

The students of these two bands range in age from 10 to 15. In ‘False Alarm’ we have Emil, Denzell, Gian, Tristan and Kayleen; in ‘Undecided’ we have Princess, Raine, Kim, George and Dennis.

The CW Rockband Performance Program is award-winning with students previously featured on CTV, Vancouver TV, at Canada Place and Playland for the promotion of Universal Pictures’s Despicable Me 3 and in the Philippines benefiting a charity to support at-risk children and their education.

This is our students’ first live community performance since the start of the pandemic and they are excited and grateful to be back on the Collingwood Stage! Thank you, Collingwood Days! 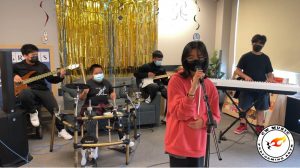 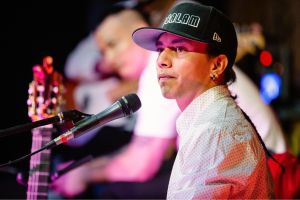 Kin Balam, the path of the jaguar (Indigenous Maya/Lenca) is an unprecedented, groundbreaking musical project of world music, comprising of virtuoso Flamenco guitar, Afro Latin rhythms, Indigenous (Meso-American) instrumentation, Hip Hop of social political content, and improvisational elements of Jazz. This powerhouse of musical spirits come to electrify, and deepen our souls’ beats, while changing the perspective, spiritual quality and vibrational frequencies that hold our bodies and minds in limitation. Indigenous tradition, African drumming of Latin America, Flamenco Gypsy language, Rap hood Poetry, and Jazz improvisation are the cultural ingredients that give rise to the originating group phenomenon Kin Balam who offer us a message of hope, rebellion, reconnection, and the medicine of living from our hearts.

Balam S Antonio, aka Kin Balam studied under the renowned flamenco guitar master Jeronimo Maya In Spain Madrid. Born in the Indigenous lands of Kuxkatan (El Salvador) in the heart of a Central American revolution, along with his family he came to Turtle Island, Canada as a refugee of war. Descending from a long family line of musicians, Kin was born with a unique gift of musical abilities that would one day come to determine the direction and intention of his living. Burying his heart in the pain of urban violence as a teenager with a soul hungry for meaning, Kin opted to die to a self-destructive lifestyle that shattered the foundation of his community, making a vow to focus all of his might and capabilities to create a sound that spoke the positive message and cultural power he felt lacked in the world. Since then he has dedicated his entire being to the refining of his skills, potential, and music to reflect the voice found in his soul, and to serve the oppressed communities of our world.

We changed our name to Hooksheda in honor of the 37 + 1 Dakota chiefs hanged for practicing their culture. The word Hooksheda means a young man in the Dakota language which is our primary language we use when singing for ceremonies, celebrations of life, grad ceremonies, and celebrations. We are a well traveled group who always answers the call when we are asked to share sacred songs. 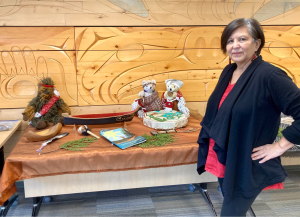 About Bryant Doradea aka Higher Knowledge 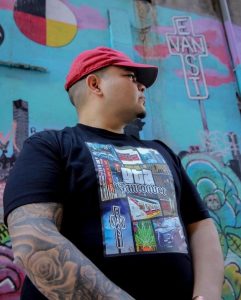 Bryant Doradea aka Higher Knowledge(HK) is a Hip Hop artist, poet, writer, youth worker, and grass roots community organizer. Ancestrally, he is Nahuat Pipil from Kuskatan(El Salvador) on his father’s side and Mestizo from Collasayu(Chile) on his mother’s side with roots in Spain and Romania as well. HK is an Indigenous artist who has had the privilege of living and working on the beautiful territories of his Northern cousins the Coast Salish peoples.

HK’s upbringing is an important catalyst of all his creativity and work in the community. As a former foster kid, gang member, and street entrenched misfit he was able to find peace, self-love, and redemption in every word he wrote. Through cathartic rhymes and melodic rhythms, HK liberates himself as well as connects to others who can relate also. This arduous upbringing also helped his work in community immensely. As Bryant is able to navigate both the professional world of systems/outcomes and his personal world of marginalization/street life into a blend of insight which is truly two halves of a whole picture.

Tawahum Bige is a Łutselkʼe Dene, Plains Cree poet and spoken word artist from unceded Musqueam, Squamish & Tsleil-Waututh Territory (Vancouver). Their Scorpio-moon-ass poems expose growth, resistance & persistence as a hopeless Two Spirit Nonbinary sadboy on occupied Turtle Island. With a BA in Creative Writing from KPU, Tawahum has performed at countless festivals with poems featured in numerous publications. His land protection work versus Trans Mountain pipeline expansion had him face incarceration in 2020. Check Tawahum’s debut collection of poetry, Cut to Fortress published April 2022 by Nightwood Editions along with his debut EP set to release in May 2022. Find him online @Tawahum on Instagram, twitter and more.